Tottenham chairman Daniel Levy admitted he lost sight of the club’s “DNA” after a backlash from fans over the club’s role in the failed European Super League project.

Spurs will welcome supporters back to the Tottenham Hotspur Stadium for the first time this year when a crowd of 10,000 see them take on Aston Villa in the Premier League.

Levy and the club’s ENIC owners have also been criticised for charing £60 (85 dollars) for tickets for the Villa match, while some London rivals are charging half that price as all 20 Premier League clubs enjoy one home match with doors reopened this week.

The coronavirus pandemic has not just seen their revenues hit from matchday income, but also plans to stage NFL games, concerts and other sporting events at the 62,000 capacity ground.

“As a club we have been so focused on delivering the stadium and dealing with the impact of the pandemic, that I feel we lost sight of some key priorities and what’s truly in our DNA,” Levy said in his programme notes for the Villa game.

“I have said it many times and I will say it again – everything we do is in the long-term interests of the club. I have always been and will continue to be ambitious for our club and its fans.”

Levy has a number of big decisions to make come the end of the season with Spurs looking for a new manager to replace Jose Mourinho, while star striker Harry Kane has reportedly made clear his desire to leave this summer.

The decision to sack Mauricio Pochettino and replace the Argentine with Mourinho has been severely criticised with the Portuguese’s defensive style of play at odds with Tottenham’s history of playing attractive football.

“We are acutely aware of the need to select someone whose values reflect those of our great club and return to playing football with the style for which we are known,” added Levy.

“Free-flowing, attacking and entertaining – whilst continuing to embrace our desire to see young players flourish from our academy alongside experienced talent.”

However, they can guarantee a sixth-placed finish and Europa League football if they take maximum points from their final two matches. 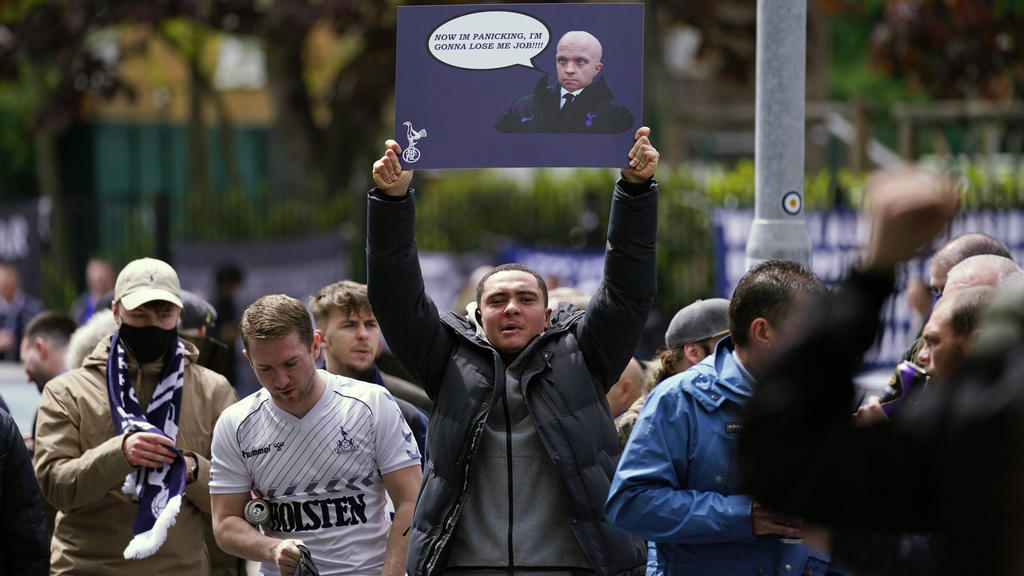